Backtick is Chrome extension that enables you to write inline code inside Google Docs. Just enclose a word or phrase with `backticks` and it will be automatically formatted as inline code. A great tool for software developers who are used to the feature in Slack, Github, Jira, Markdown files, etc.

Due to the way the Google Docs API was designed, there are some limitations to this extension: 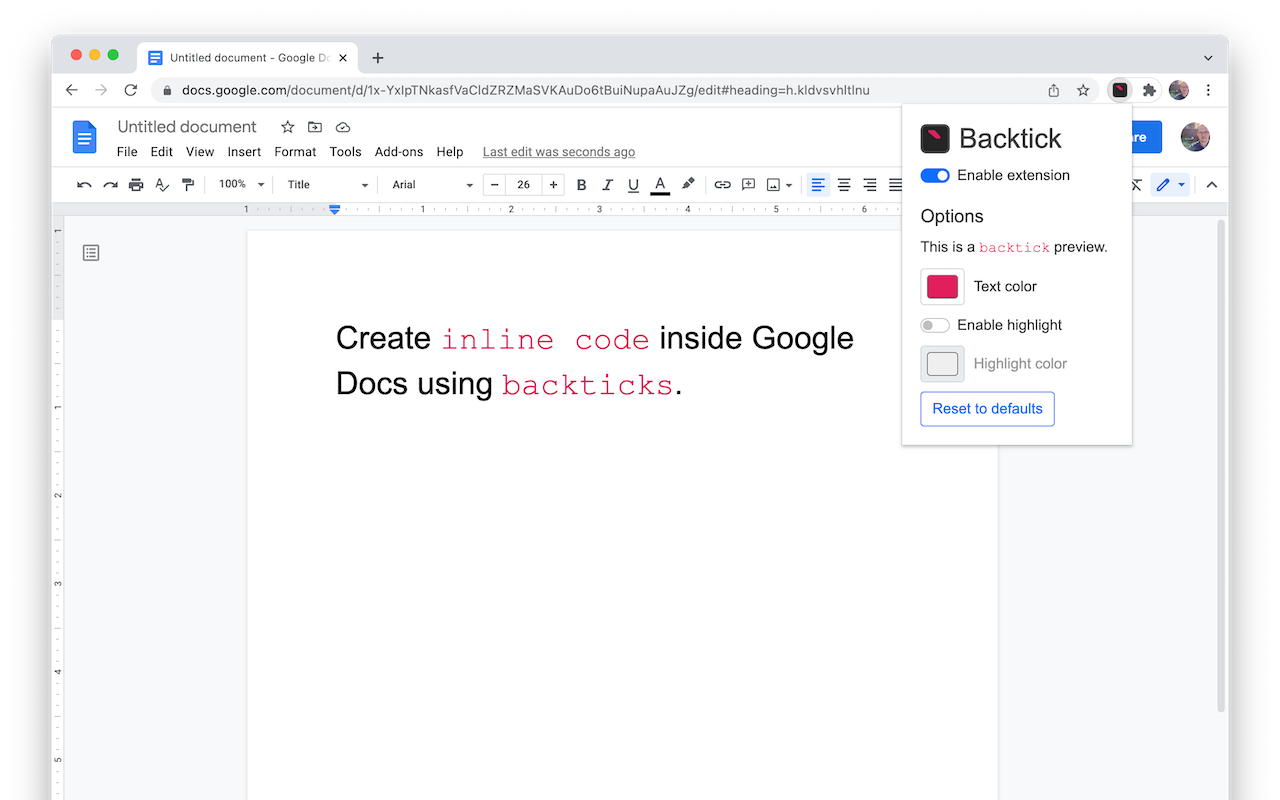 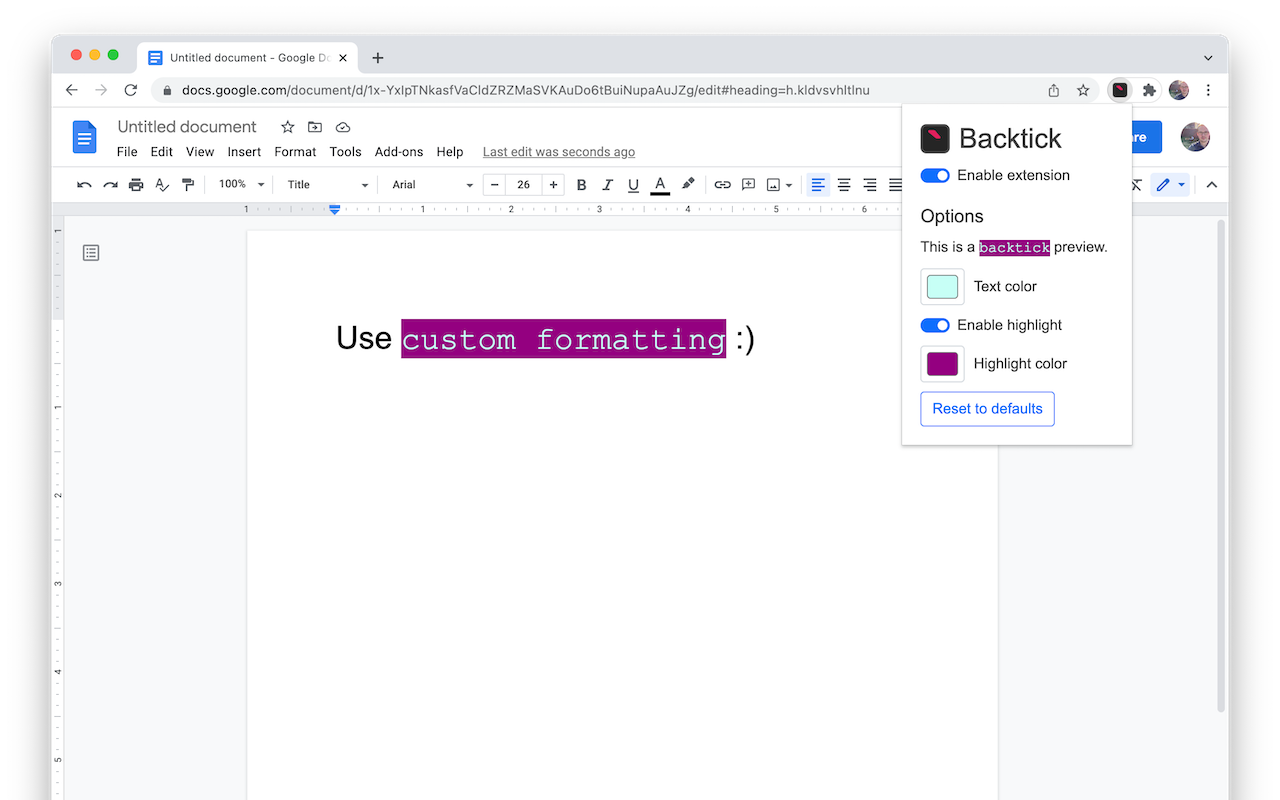 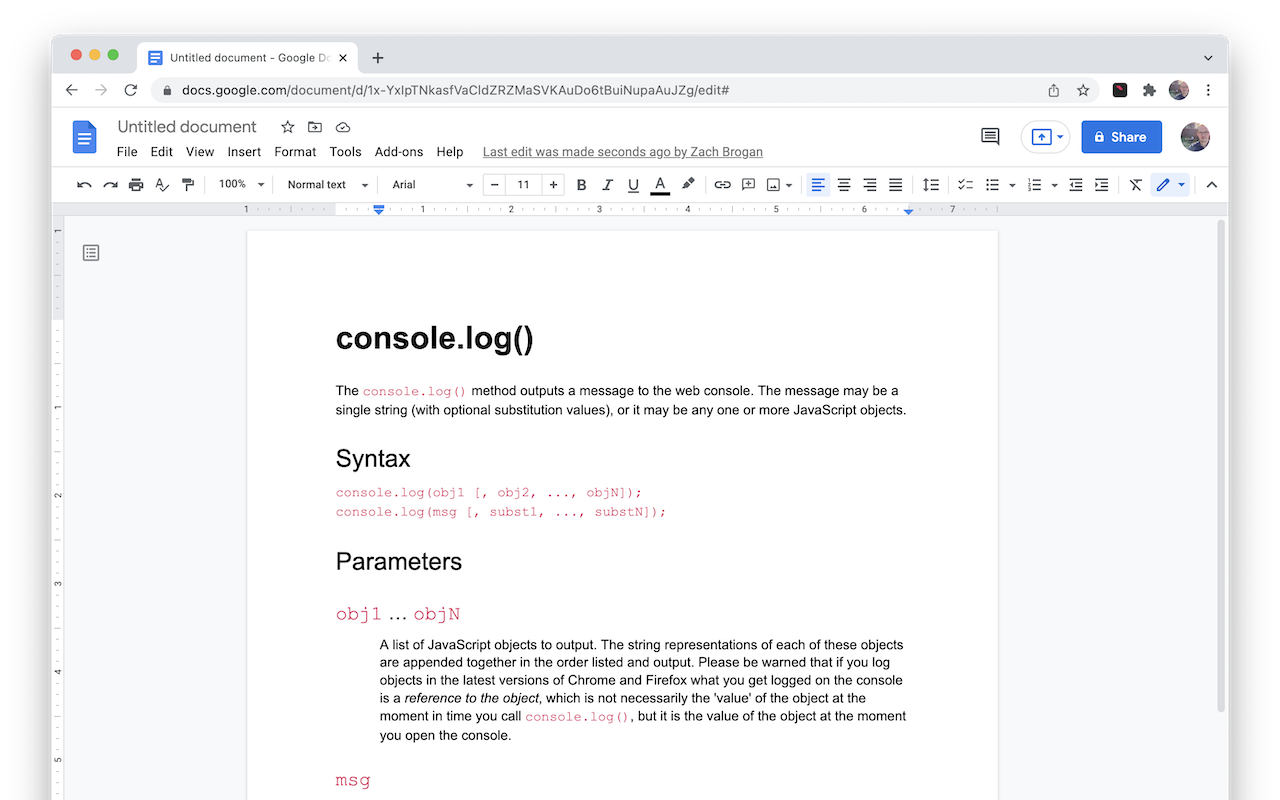 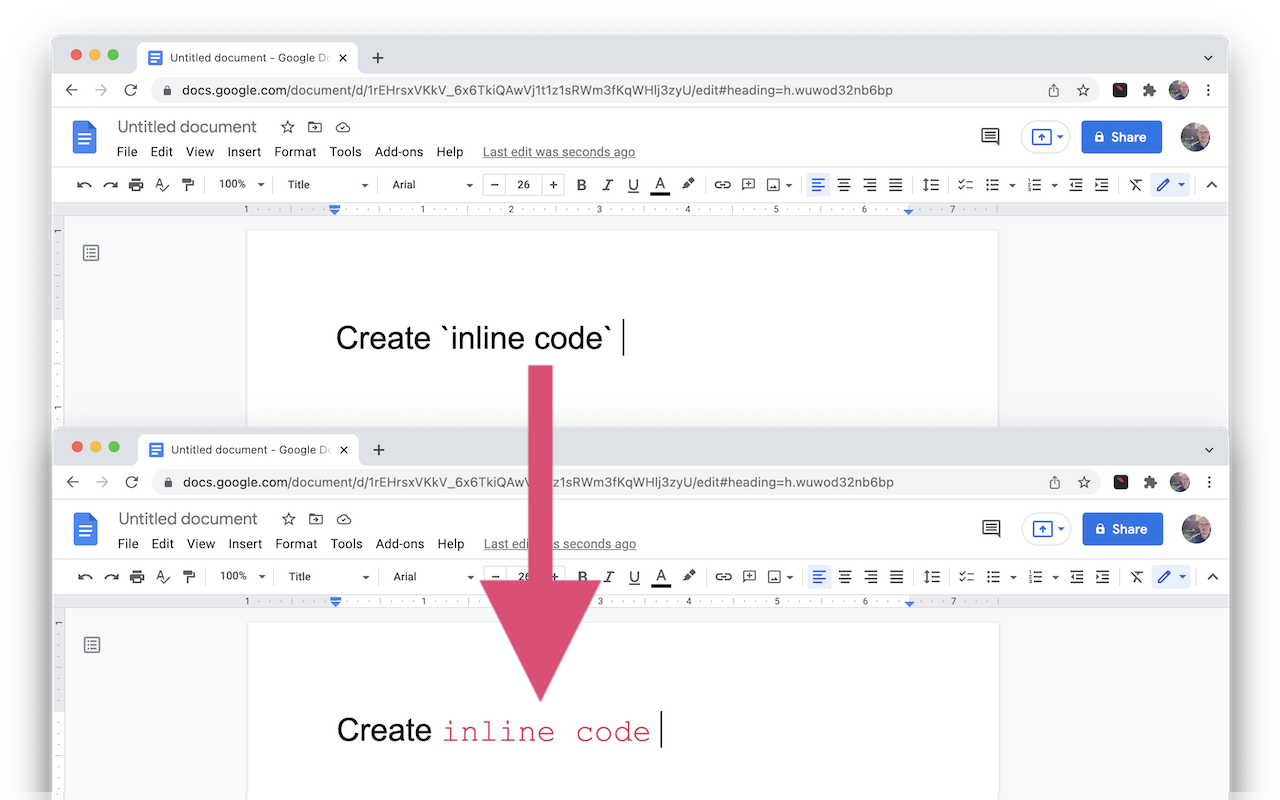